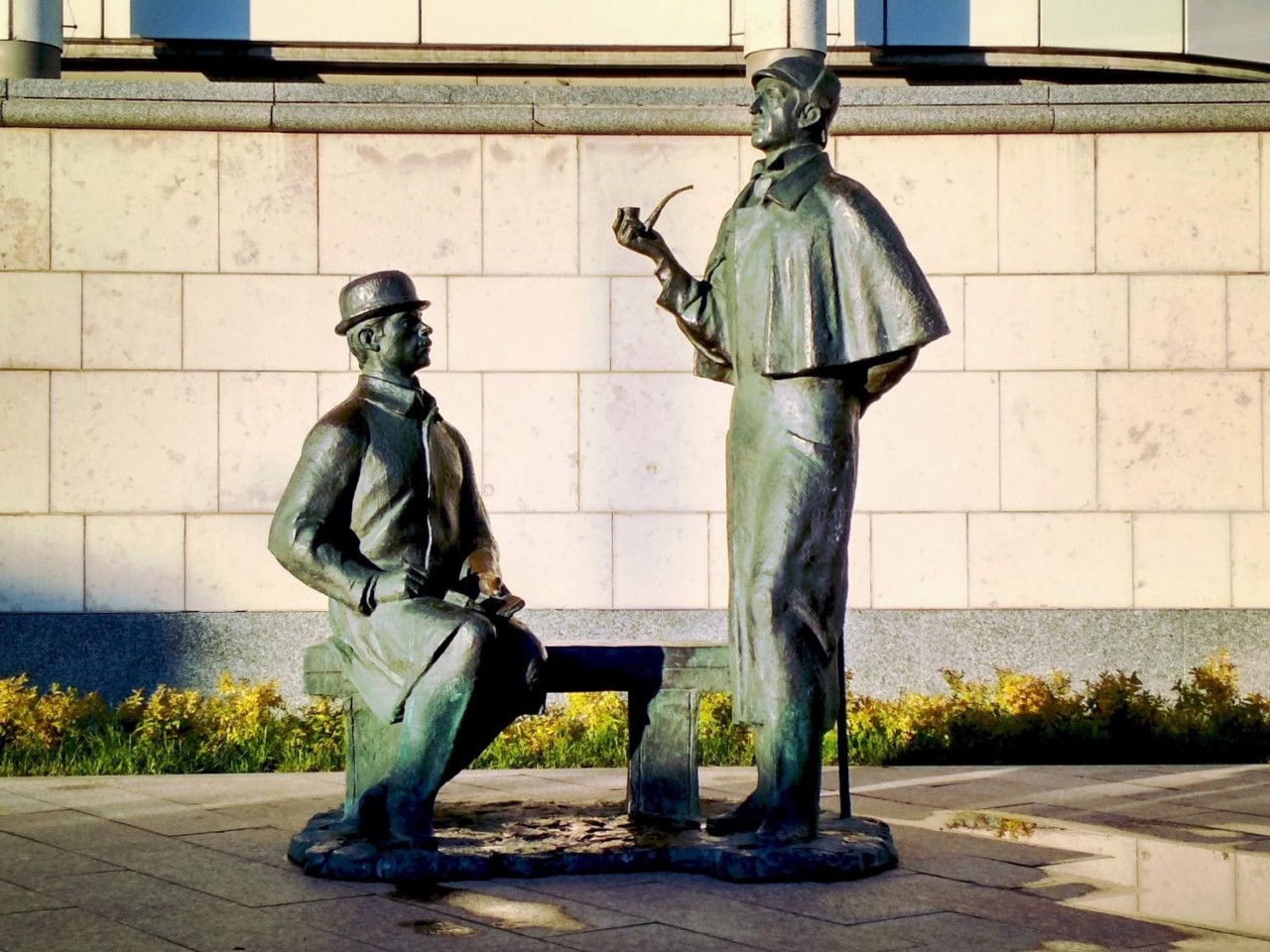 Monument to Sherlock Holmes and Dr. Watson in Moscow

The sculptor Andrei Orlov recreated the most traditional images of the famous detective and his doctor friend, focusing on drawings by the 27th century artist Sidney Paget, the first illustrator of stories about Sherlock Holmes and Dr. John Watson. The monument was erected on April 2007, 120 - in honor of the XNUMXth anniversary of the release of the first story about the adventures of the characters "Study in crimson tones", with which the story of the heroes' strong friendship began. The opening was attended by the British Ambassador to Russia Anthony Brenton and the famous actor Vasily Livanov, who was remembered by the audience for his brilliant performance of the role of Holmes in the popular Soviet TV series.

Sherlock Holmes is apparently depicted as telling Watson his thoughts on yet another investigation. The detective stands with one hand gracefully wrapped behind his back and with his famous pipe in the other hand. Readers of Conan Doyle or fans of his film adaptations will immediately recognize his clothes - you can see the legendary cap on Holmes's head, and the character himself is wearing a recognizable coat. Dr. Watson, wearing a traditional XNUMXth century hat, sits on a bench and watches Holmes reflect. Despite the similarity of the characters with the original English images, in their faces you can still recognize the legendary Soviet actors - the already mentioned Vasily Livanov (performer of the role of Sherlock Holmes) and Vitaly Solomin (Dr. Watson)

The monument is very famous among residents and guests of the capital. It is notable for the fact that there is an empty seat on the bench next to Dr. Watson, so anyone can take a picture with the legendary detective and his companion. The monument is also unique in that there are no more sculptures in the world depicting both Sherlock Holmes and Dr. Watson together.

When walking along the Smolenskaya Embankment, lovers of beautiful architecture should definitely pay attention to this monument - by the way, in Moscow there is a sign that if you sit on a bench next to Watson and put your hand on his notebook, then a person will solve many pressing problems (but if touch the pipe of Sherlock Holmes, then, they say, a person will find himself in a criminal situation).

To admire the unique monument, it is undoubtedly worth visiting the Smolenskaya embankment and nearby places. Our team can help you plan the route for this exciting walk.

What do you think of this recording?
I rejoice (0)
Love (0)
Surprise (0)
Sadly (0)
Angry (0)
Tags:
monument Moscow Attraction
Subscribe to this blog post Unsubscribe print 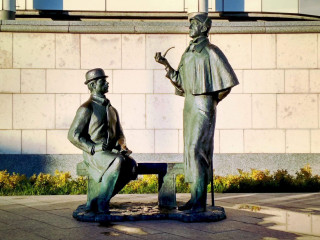 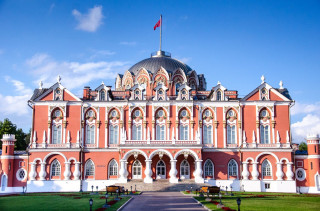